Introduction
en|de
Equiveillance is a state of equilibrium, or a desire to attain a state of equilibrium, between surveillance and sousveillance. Surveillance cameras are a inherent part of our modern citys. They generate an endless live stream of realtime images, which records the present, whether the recordings are important or not. The result is a constant image stream, which only becomes relevant and gains publicity if something extraordinary happens. CCTV Systems only work in one direction and have no communication purpose. This justifies a balance of power between a seemingly omniscient, inviolable observer and an observed object whitout a voice. But if we had an influence on the surveillance images we could shift the balance of power. Is it possible to shift the balance of power inside a surveillance system not only in favor of the observed person, but to completely reverse it? Is it possible to intervene from ouside into a closed surveillance system? 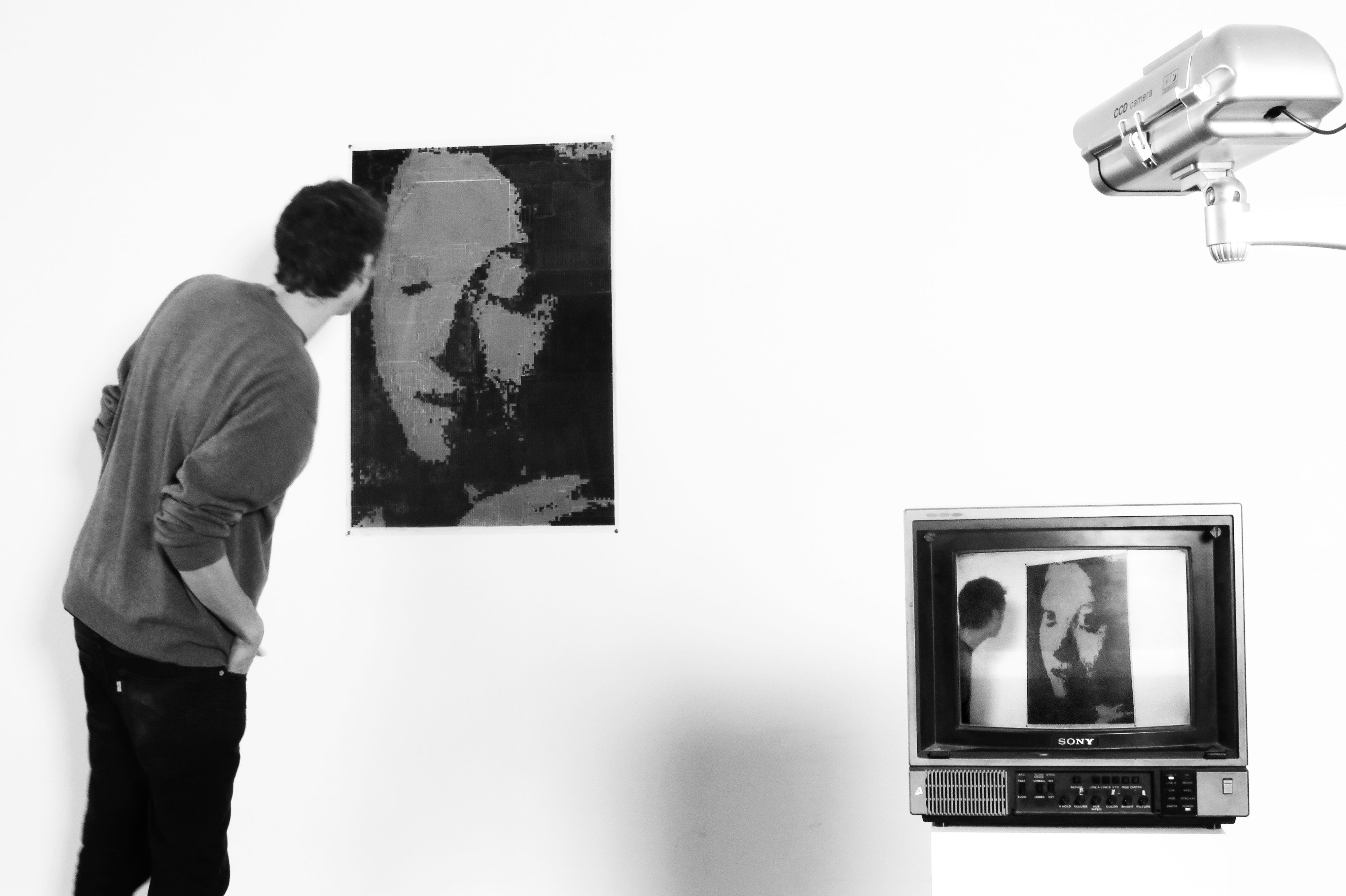 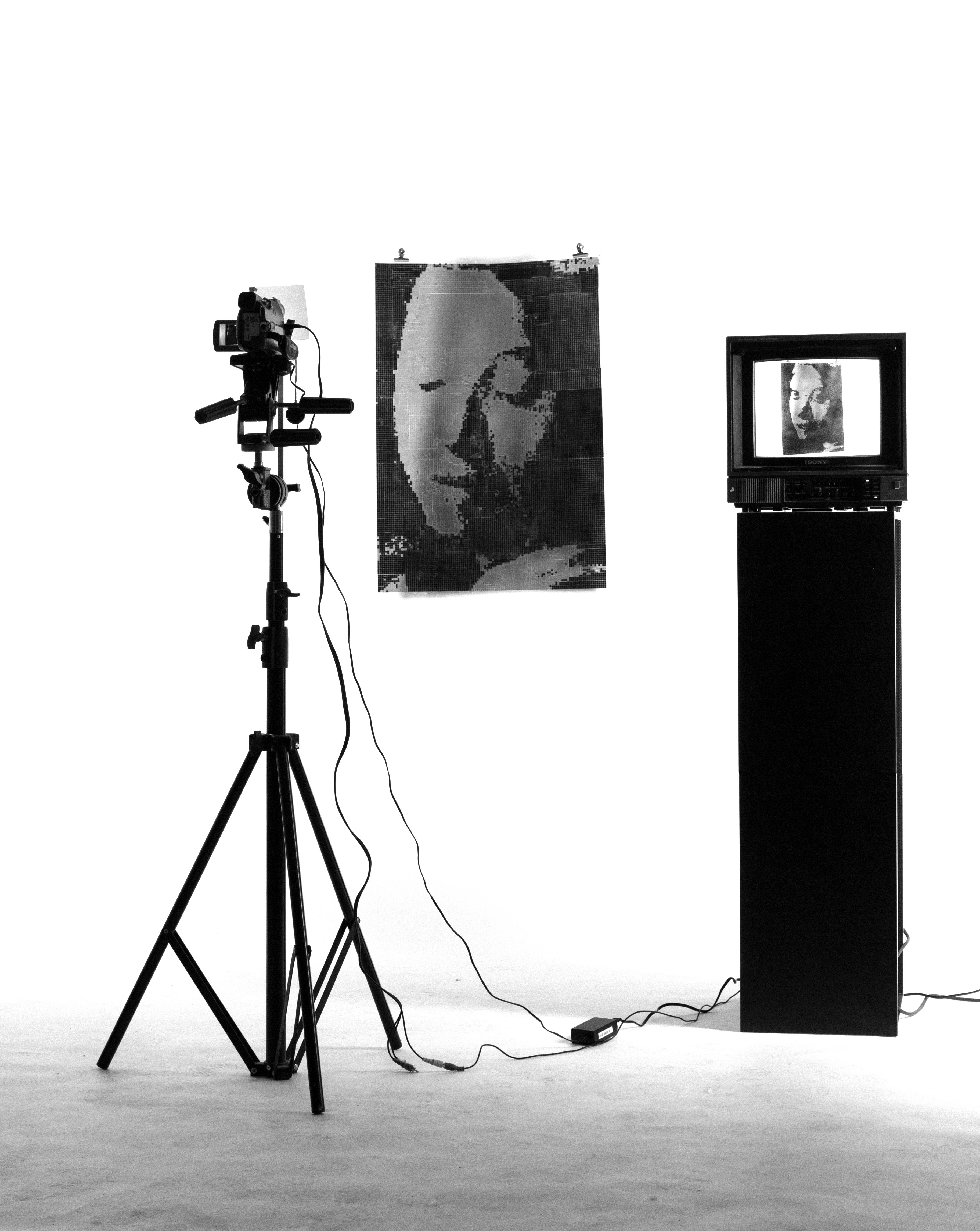 Posters are a reference to the freedom of movement and freedom of action in public spaces. They reflect the scope for arranging public space. With the help of polarizationfilter we develop the means of communication from a poster and expand it with the closed-circuit princip, while the observer step into a medially augemented reality. The Video images depend on the position of a recording camera and not from the position to the image. That means, that the self/information-perception is mediated by an camera eye which irritated the own perspective and perception. 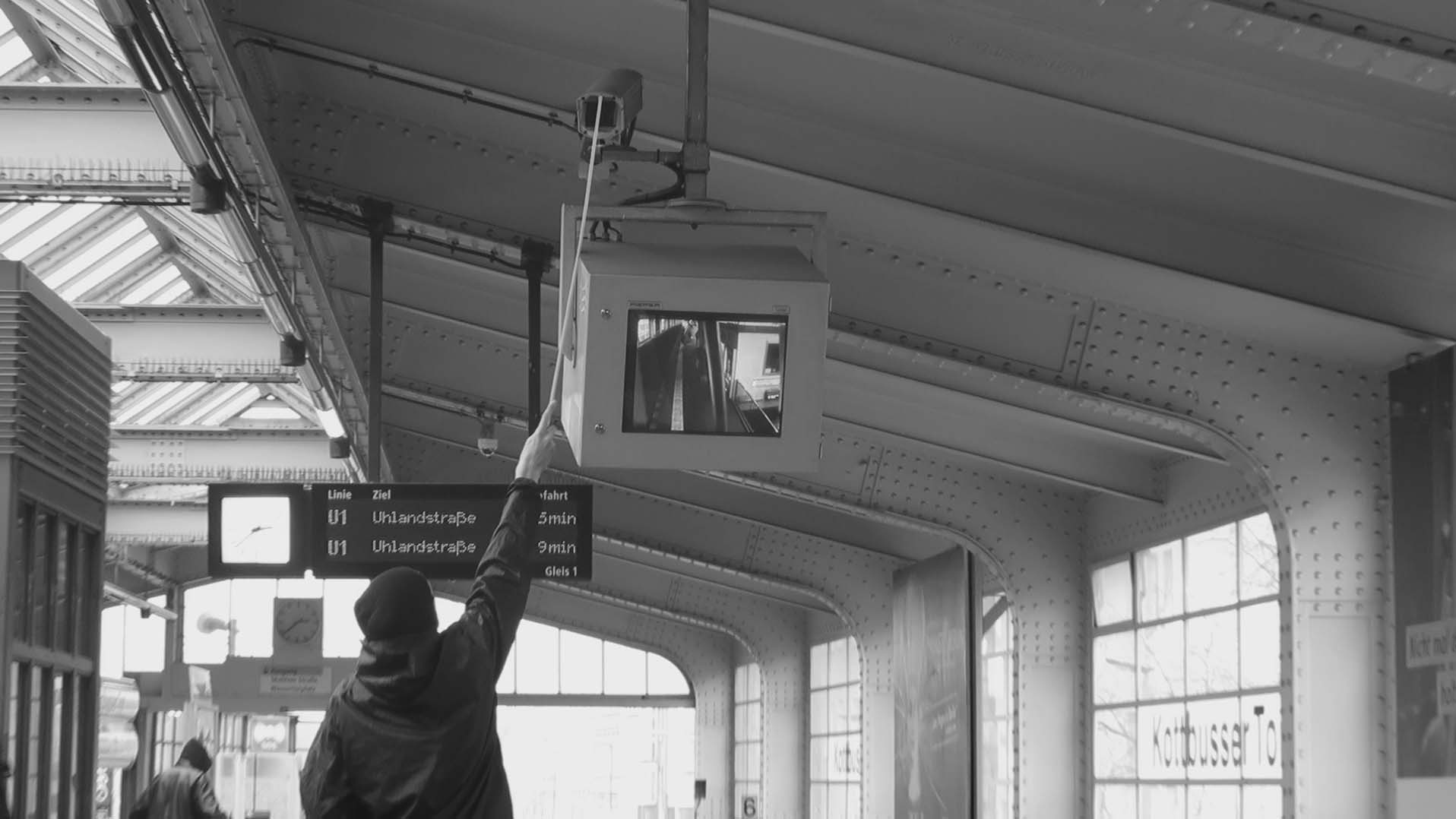 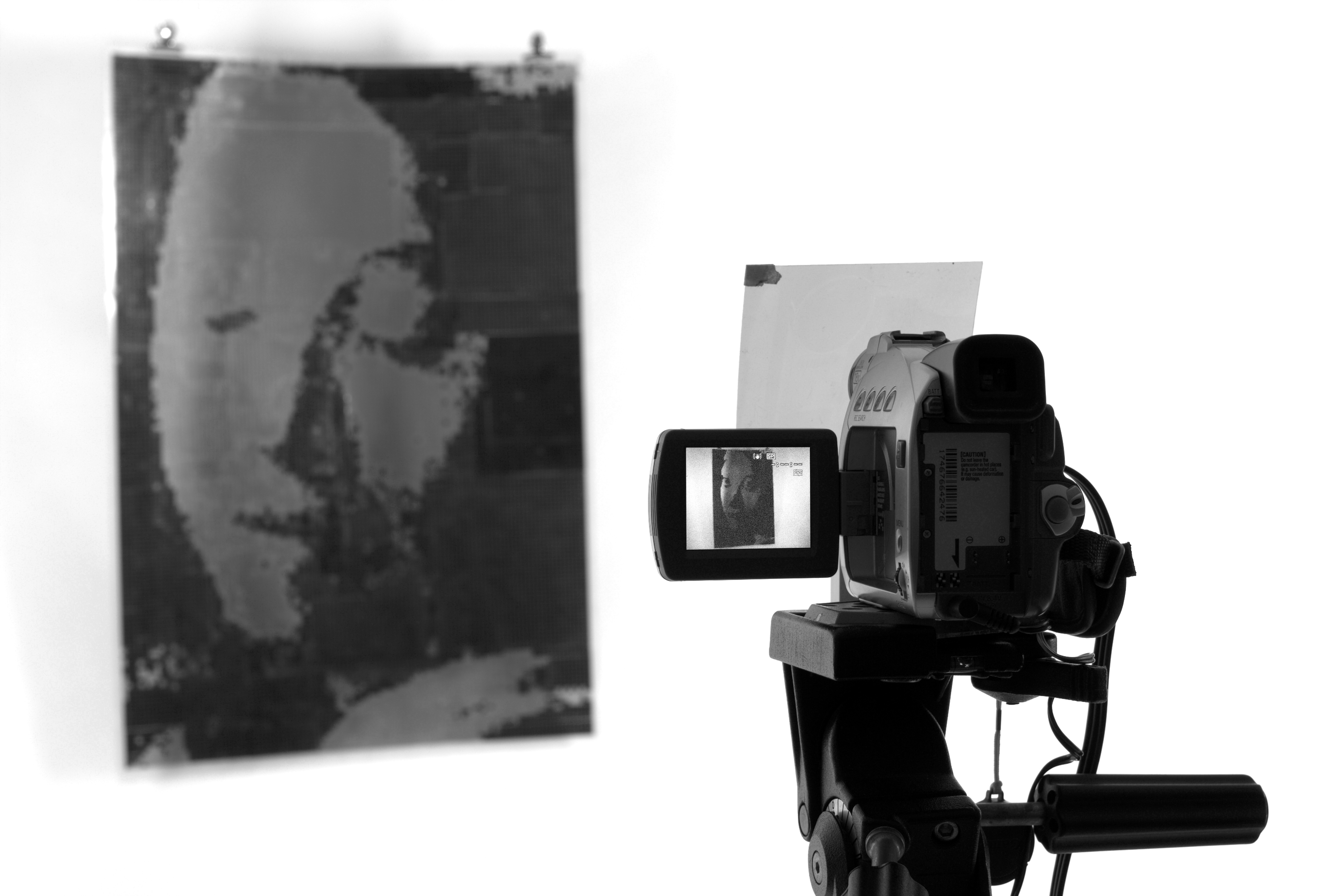 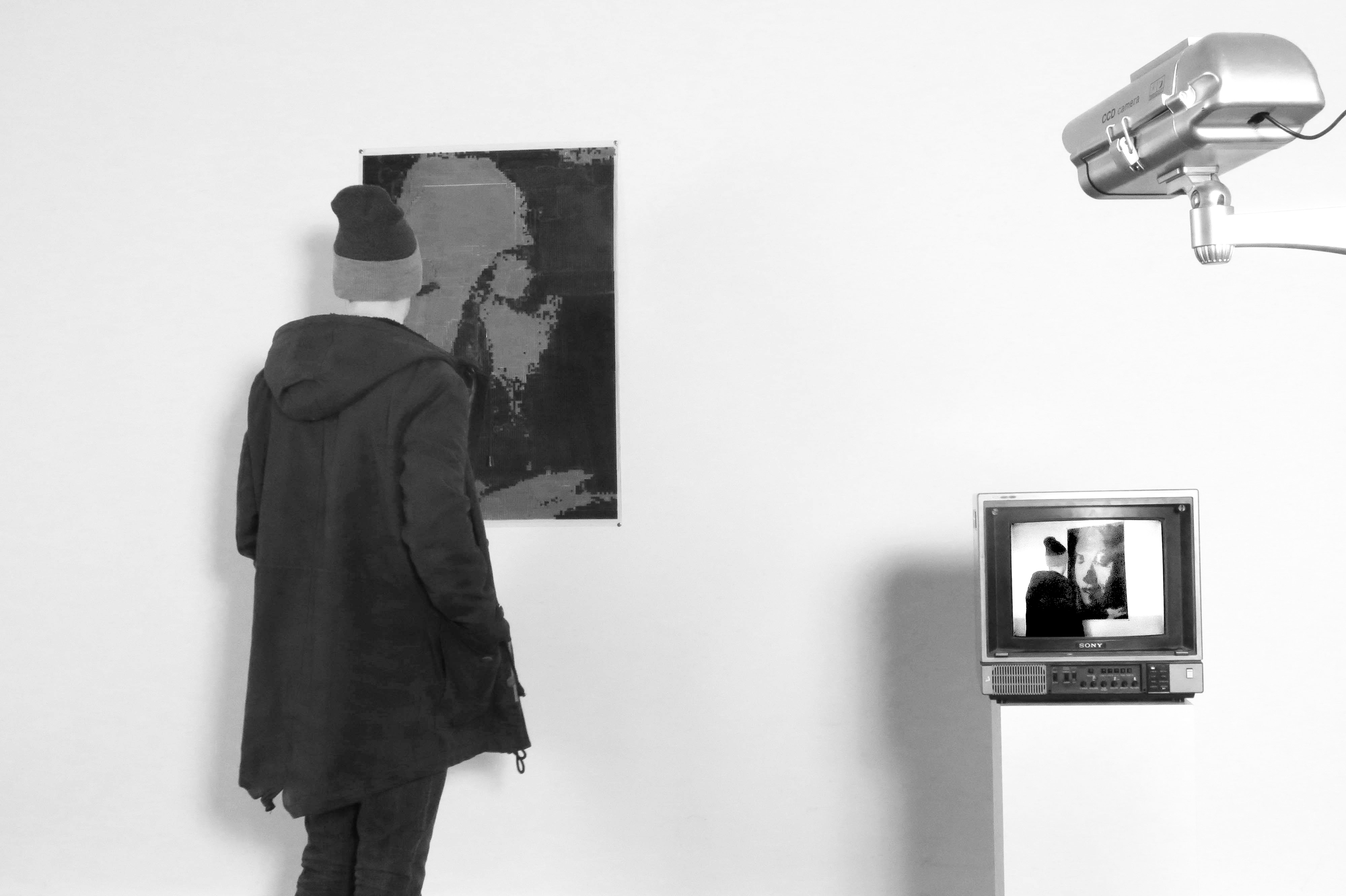