This project asks how changing modes of video post-production might inscribe themselves on a perfomance. on this shoot simple editing protocols were invited in to the set. An action, in this case the pouring of water, took on two simulataneous meanings: 1. Water levels cues and stopped music on set.(Level 1: Play, Level 2:Stop, Level 3: Play) 2. Changing water levels were captured with timecode and used to subsequently decide the edit. (Level 1: Camera A, Level 2: Camera B, Level 3: Camera C) The actor was in turn asked to narrate this system by repeating a sequence of three sentences: 1. A man hears a radio somewhere in the building 2. Now he can barley hear it. It disappears in the wall. 3. He turns on his own radio and there it is again: the same music. These three lines fell in an out of phase with the system, which inevitably leaked. this leakage produced different states: joy, anger, and frustration. With each subsequent iteration the set took on an increasingly votive register. Gestures took on a double meaning: one in the present and another in some afterlife called 'post-production'. The ring on the website interface each represent a different water level.The circles on the rings represent the words that fell on that water level. The user is invited to move through the database following either words or water. In collaboration with Robert Rapoport and Leuphana Universität. Website: www.phaserepair.com 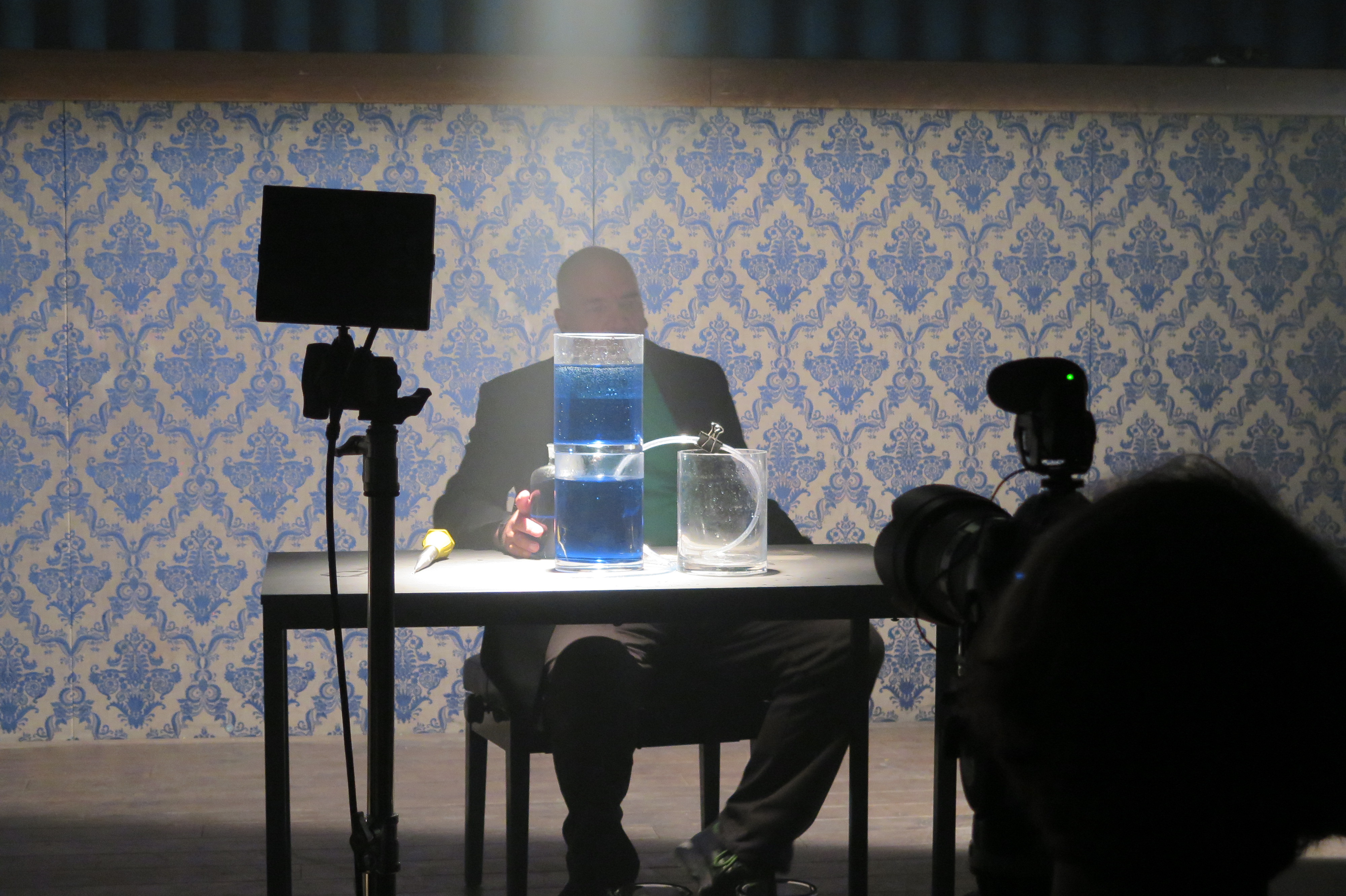 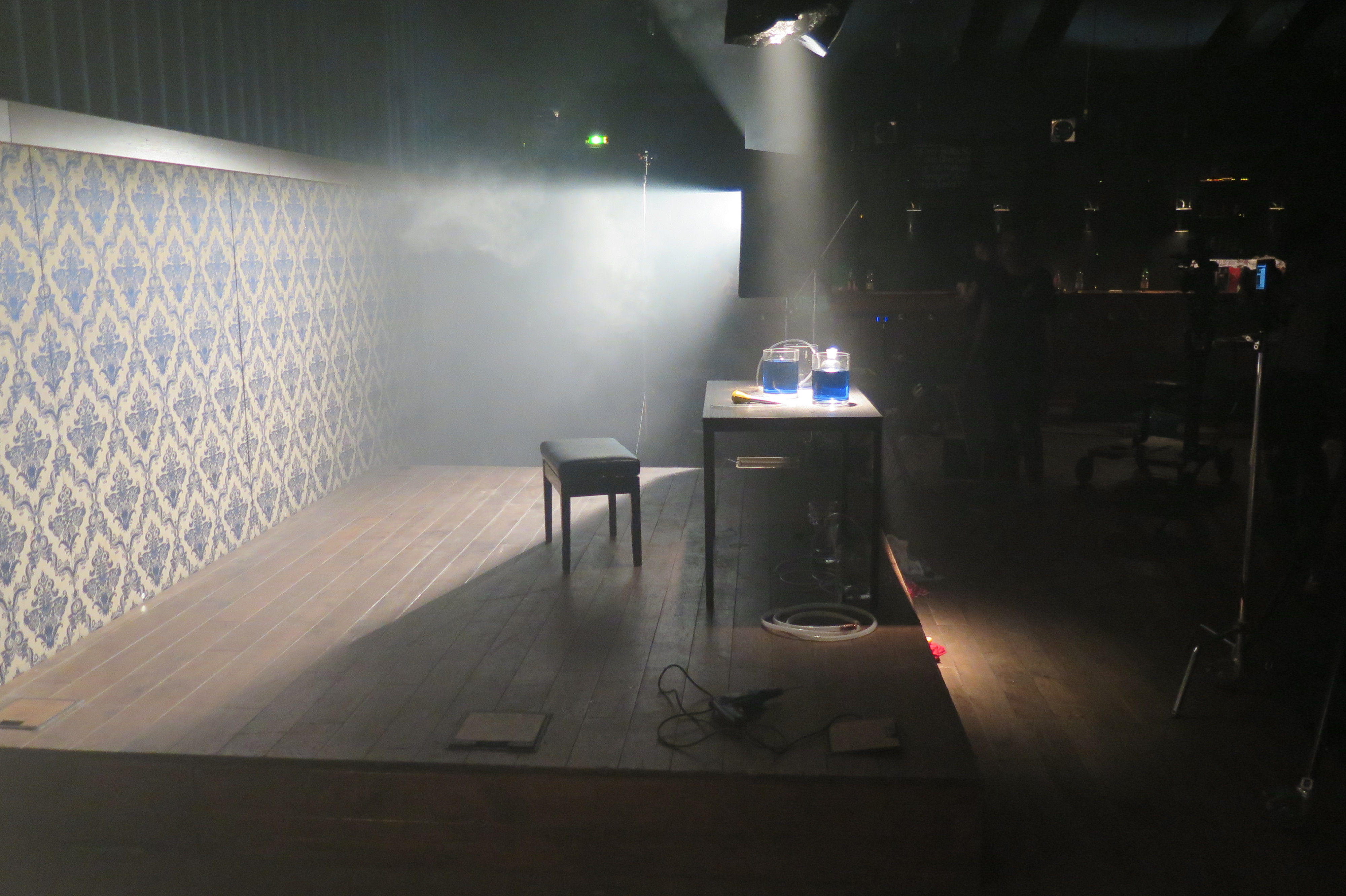 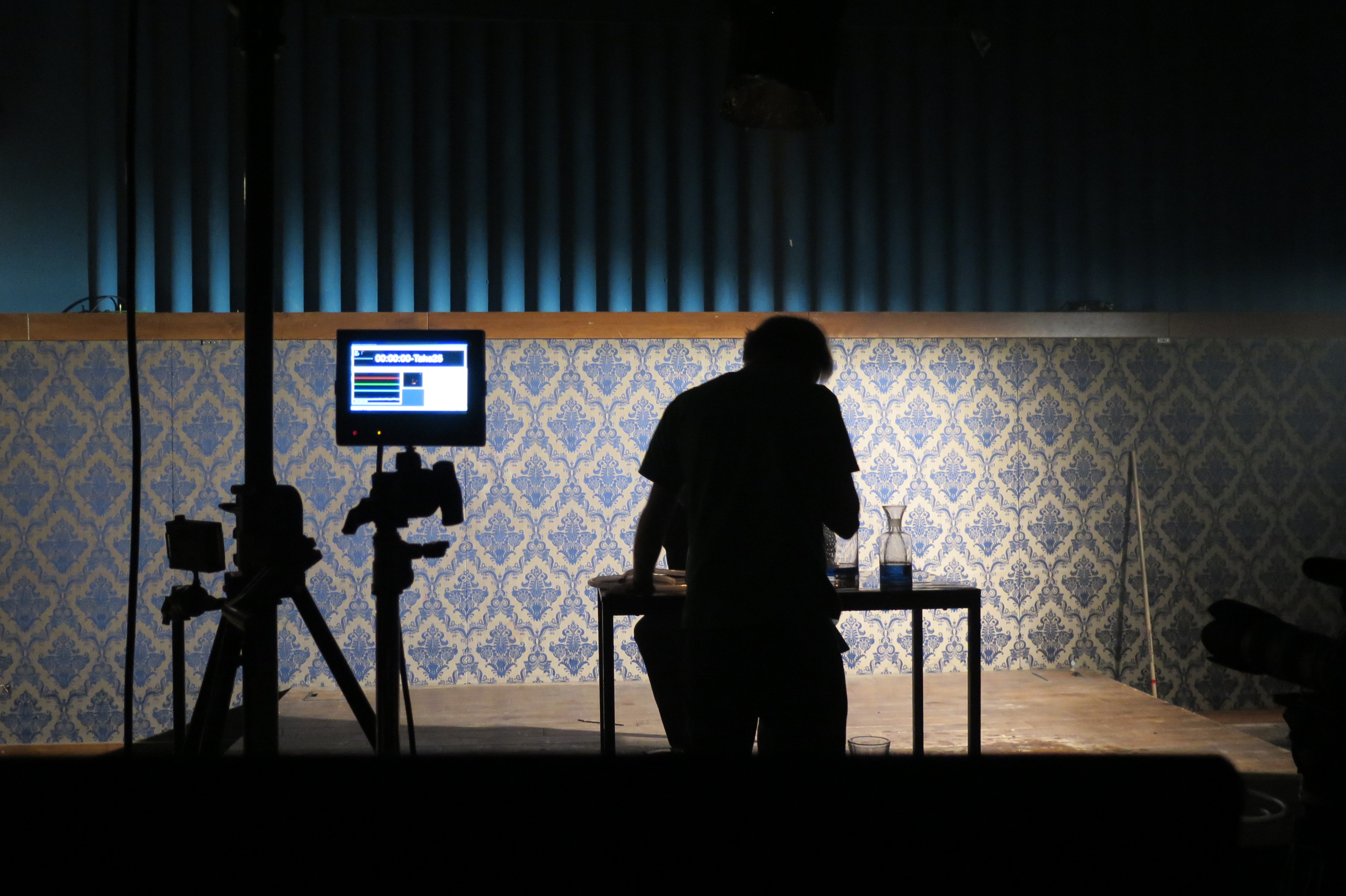