In my paraphrase of the work "Kinoetic Evolution" from Loren Carpenter, I replaced the "wand" with a smartphone. The technologie in every pocket is a tool to connect people and to build a interaction between them. I tried to reininterpret the game of "pong" by using the smartphone in a way, that the audience is trying to bounce back the ball. Every singel decision is related to the collective decision of the audience to move the cursor in the right place. In this project the physical connection between the audience is extendet by the virtual connection and interaction throught the internet. http://archive.aec.at/prix/#29207 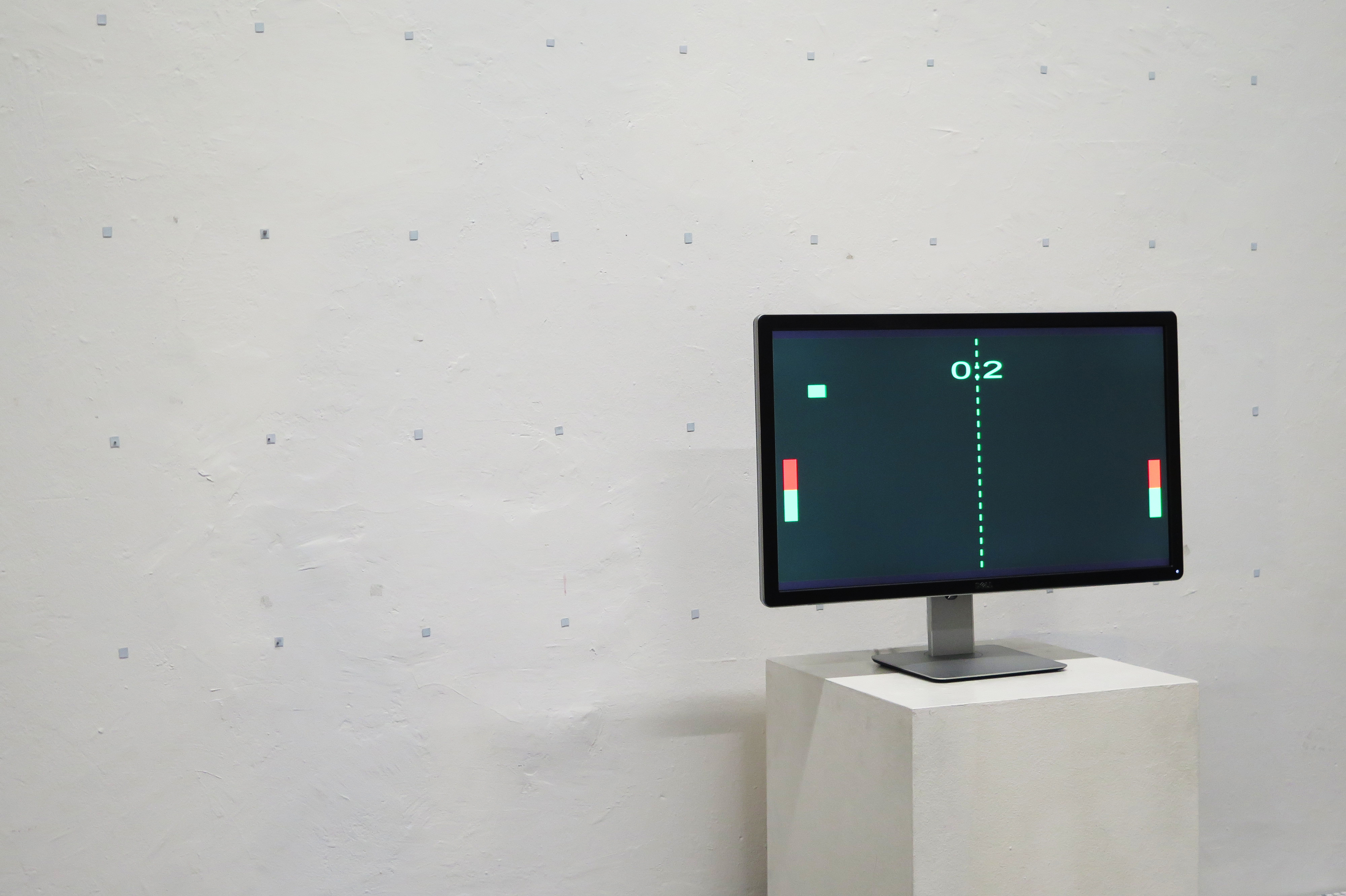 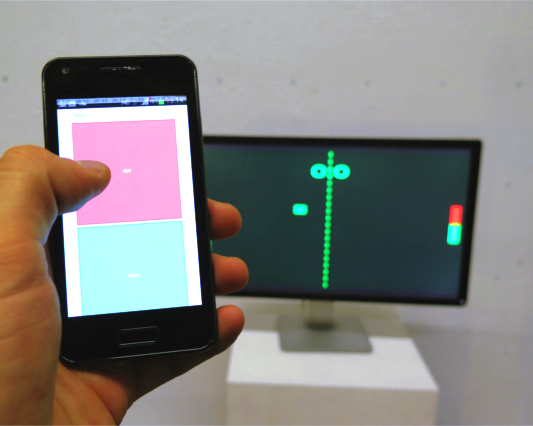 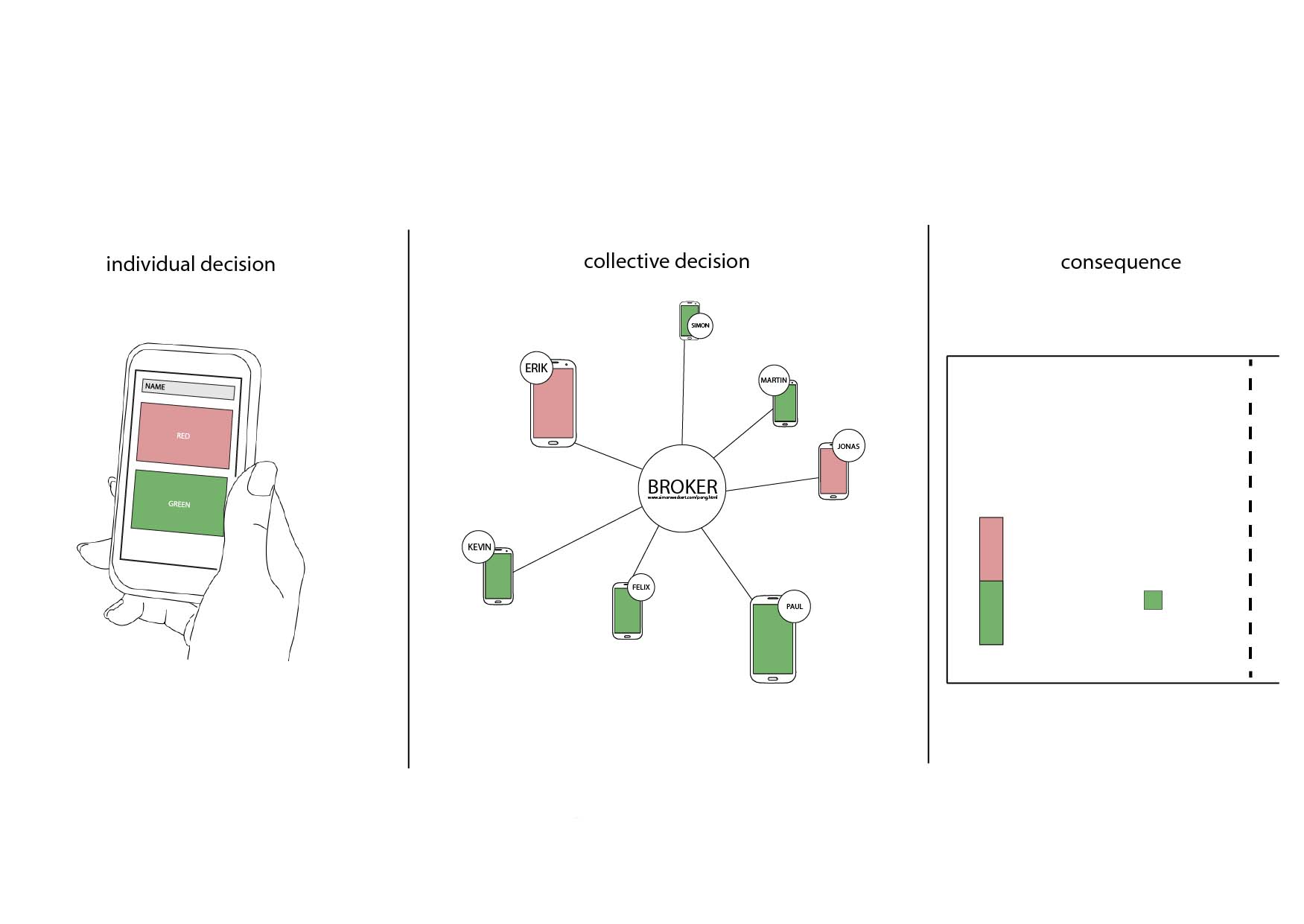 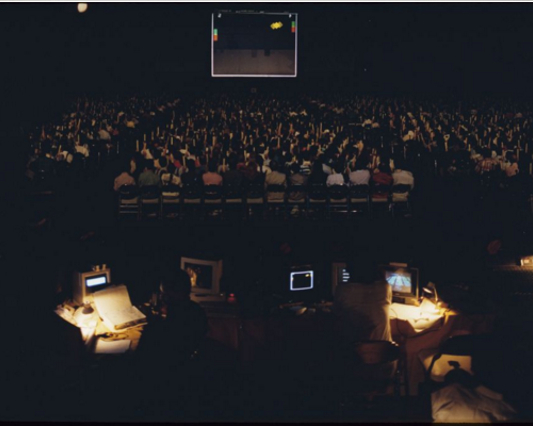